Are the Israelites Gods Chosen (Part 2) 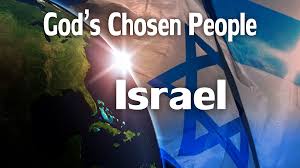 This blog post is a continuation of Part 1 which can be found Here. To continue this lesson, I will recap from my last post. Abraham was blessed by God and was told he would be a father of many nations.  Out of his family, we learn of Issac, then Jacob.  Jacob was given a new name (Israel) and he has twelve children. We learned how his son, Joseph became ruler over Egypt.  He had been sold into slavery by his brothers, but God blessed him and later he found favor of the Pharoah, which made him ruler over Egypt. Now to find our answer to (Are the Israelites, Gods Chosen people), we must continue to learn about Jacob, which was later called Israel (Genesis 35:10). We know that Joseph became ruler, but his brothers had no idea at first. God had given Pharoah a dream, which meant there would be a famine in the land. Joseph had interpreted the dream about seven good ears and seven empty ears ( corn); meaning seven years of plenty of crop and seven years of famine.  So Joseph went out to gather food from the cities and fields to prepare for the seven years of famine (Genesis 41:48).  When the famine came, people cried unto the Pharoah for bread, so Pharoah told them to go to Joseph to buy corn.

Now Jacob saw there was corn in Egypt and he sent his sons to buy some. He didn’t know Joseph was ruler over the land; his sons had told him that Joseph had been eaten by a wild beast (last post). After Jacobs sons went to buy corn they later discovered it was Joseph that they bought from. They brought Jacob into Egypt with their whole family to live with them there in Egypt. Before Israel died, he blessed his children and told them what would later happen to them. They became the twelve tribes of Israel (Genesis 49:28).

The children of Israel were fruitful and multiplied and waxed mighty and the land was filled with them (Exodus 1:7). Now there arose a new king over Egypt, which knew not Joseph (Exodus 1:8). He saw the number of Israelites in the land, that he set taskmasters over them and they became slaves in the land of Egypt. The Egyptians made their lives bitter with hard bondage (Exodus 1:14).  The King commanded the midwives that the sons of the Israelites be killed when they were born. But the midwives feared God and saved the children and hid them. One woman took her child and hid him three months (Exodus 2). When she couldn’t hide him anymore, she build him an ark and laid it in the flags of the river. The daughter of the new Pharoah saw the ark when she was bathing and took the baby into her household.  Then the baby’s sister asked if the Pharoah’s daughter wanted her to get a woman to nurse the child (Exodus 2:7). After the baby grew, she brought him iunto the Pharoah’s daughter again and he became her son and she called the baby, Moses (Exodus 2:10).

Most know the story how God chose Moses to lead his people out of Egypt, from bondage. God appeared unto Moses from a burning bush on Mount Horeb (Exodus 3::7,8).  He was instructed by God to go to the Pharoah to ask him to let the Israelites go, to leave Egypt (Exodus 7:2).  The Pharoah’s heart was hardened and he refused to let the people go. So
God allowed Moses to do great signs before the Pharoah, in order to prove to him that God had sent Moses (Exodus 10:1,2). The last sign was that all the firstborn in the land; including cattle and man, would die (Exodus 11:5). In order for the firstborn of Israel to be spared, God told them to sacrifice a lamb without spot or blemish, and smear the blood on the doorpost of their house (Exodus 12:6,7). When the Lord passed through the land, if he saw the blood, he would pass over the house and not take the firstborn (Exodus 12:12).

So many died in the land and many mourned for their loved ones. Pharoah rose us and called Moses and told him to take the Israelites and leave the land of Egypt (Exodus 12:31). After Moses brought the children out of Egypt, the Lord spoke to Moses and told him that he was going to bring his people to a land that they could call their own. It was the land of the Canaanites, Hitties, and Jebusites; a land flowing with milk and honey (Exodus 13:5). And it shall come to pass, if thou shalt hearken diligently unto the voice of the Lord thy God, to observe and to do all his commandments which I command thee this day, that the Lord thy God will set thee on high above all nations of the earth (Deuteronomy 28:1).

The Lord shall establish thee an holy people unto himself, as he hath sworn unto thee, if thou shalt keep the commandments of the Lord thy God, and walk in his ways. And all people of the earth shall see that thou art called by the name of the Lord; and they shall be afraid of thee. And the Lord shall make thee plenteous in goods, in the fruit of thy body, and in the fruit of thy cattle, and in the fruit of thy ground, in the land which the Lord sware unto thy fathers to give thee. The Lord shall open unto thee his good treasure, the heaven to give the rain unto thy land in his season, and to bless all the work of thine hand: and thou shalt lend unto many nations, and thou shalt not borrow (Deuteronomy 28:9-12). And Moses went up from the plains of Moab unto the mountain of Nebo, to the top of Pisgah, that is over against Jericho. And the Lord shewed him all the land of Gilead, unto Dan, And all Naphtali, and the land of Ephraim, and Manasseh, and all the land of Judah, unto the utmost sea, And the south, and the plain of the valley of Jericho, the city of palm trees, unto Zoar. And the Lord said unto him, This is the land which I sware unto Abraham, unto Isaac, and unto Jacob, saying, I will give it unto thy seed: I have caused thee to see it with thine eyes, but thou shalt not go over thither (Deuteronomy 34:1-4).

The God gave this land to the Israelites many years ago. No one can undo or steal the land from the Israelites. One day God will make sure that his people have their rightful land again and bring them back from other lands. So yes, Israel belongs to the Israelites, Gods chosen people and no one will ever be able to take their land away. The Lord said he would fight for them and protect them: And shall say unto them, Hear, O Israel, ye approach this day unto battle against your enemies: let not your hearts faint, fear not, and do not tremble, neither be ye terrified because of them; For the Lord your God is he that goeth with you, to fight for you against your enemies, to save you (Deuteronom 20:3-4). God’s Word affirms that the Jews are God’s chosen people: “You are a people holy to the Lord your God. The Lord your God has chosen you out of all the peoples on the face of the earth to be his people, his treasured possession” (Deuteronomy 7:6).

Another important post is: Christians and the House of Israel

After Solomon built the temple and dedicated it to the Lord, that the Lord spoke to him and said: If my people, which are called by my name, shall humble themselves, and pray, and seek my face, and turn from their wicked ways; then will I hear from heaven, and will forgive their sin, and will heal their land. Now mine eyes shall be open, and mine ears attent unto the prayer that is made in this place. For now have I chosen and sanctified this house, that my name may be there for ever: and mine eyes and mine heart shall be there perpetually. And as for thee, if thou wilt walk before me, as David thy father walked, and do according to all that I have commanded thee, and shalt observe my statutes and my judgments; Then will I stablish the throne of thy kingdom, according as I have covenanted with David thy father, saying, There shall not fail thee a man to be ruler in Israel (2 Chronicles 7:14-18).

I am a born again believer who has taught Sunday School, Women's Meetings and written blogs and books for the purpose of the ministry. My sole purpose is to spread the gospel of Jesus Christ. I believe Jesus, the son of God, died on a cross for the sins of the whole world. I believe he arose after three days and now sits on the right side of God in Heaven. I believe Jesus Christ is the only way of salvation. Without Jesus, there is no remissions of sins:
View all posts by Tracy K →
This entry was posted in Uncategorized and tagged Israelites, Jewish, jews, the land of Israel. Bookmark the permalink.

2 Responses to Are the Israelites Gods Chosen (Part 2)