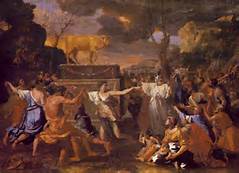 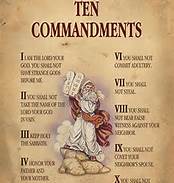 Are you worshipping a false god? God gives us a great commandment in his word, “Thou shalt have no other gods before me” (Exodus 20:3). This commandment is the first commandment from the ten commandments that God gave Moses when he was on Mount Sinai.

You might ask, “What is a false god?” A false god can be an image, a deity, or object of worship that is illegitimate or non-functioning in its professed authority or capability and is considered an “idol”. What is an idol? An idol is an image or other material object or thing representing a deity to which religious worship is addressed. An idol can be a person or thing regarded with admiration, adoration, or devotion.

What is a devotion? A devotion has two meanings.

There are some that openly worship false gods today. There is only one true God, which is the God of Heaven (Deuteronomy 10:17). There is nothing that is hid from God. Psalm 69:5 says, “O God, thou knowest my foolishness; and my sins are not hid from thee.”

Then there are those that worship or devote their time and energy into something to a great extent; therefore serving it more than God. This can be your business, your sports team, your riches, or you might actually worship an object. Perhaps you have a million dollar home or a car that you love more than God. Anything that you serve or love more than God is your Idol.

Our children are taught about Greek Mythology at an early age in school. “Greek mythology is teachings that belong to the ancient Greeks, concerning their gods and heroes, the nature of the world, and the origins and significance of their own cult and ritual practices (Wikipedia). “It has been adopted into the culture of ancient Rome, and have been frequently incorporated by Western cultural movements and been incorporated into Renaissance art, English poems, film, literature, songs and commercials. There have been movies about false gods which have blinded people’s eyes to the true God. God is not pleased with anyone serving or honoring a false god in any way. God deserves  all the honor and praise.

In Daniel Chapter 3 we learn of three men that stood up against a king. King Nebuchadnezzar commanded the people that everyone was to fall down and worship the golden image that he made, when they heard music. Shadrach, Meshach, and Abednego refused to bow down and worship the golden idol. So King Nebuchadnezzar instructed his men to heat a fiery furnace seven times more than it was ever heated. The Kings’ men threw Shadrach, Meshach, and Abednego into the furnace but the Lord protected them and they didn’t die —neither was any part of their bodies burned, nor was an hair of their head singed, neither were their coats changed, nor the smell of fire upon them.

In 1 Kings 18:24-27, the prophet Elijah put the false prophets of Baal to a test. They wanted to serve their false god instead of the living God. He told them to cry aloud to their god and see if he would answer them. Then he called aloud to the God in Heaven and God answered him. Four hundred and fifty prophets of Baal were killed that day.

In Matthew 4:8-10, we learn how Satan tried to tempt Jesus with all the riches of the world, so that he would worship him. “Again, the devil taketh him up into an exceeding high mountain, and sheweth him all the kingdoms of the world, and the glory of them; And saith unto him, All these things will I give thee, if thou wilt fall down and worship me. Then saith Jesus unto him, Get thee hence, Satan: for it is written, Thou shalt worship the Lord thy God, and him only shalt thou serve.”

One day every man will give account of the things that he has done whether good or bad. Romans 14:11,12 says, “For it is written, As I live, saith the Lord, every knee shall bow to me, and every tongue shall confess to God. So then every one of us shall give account of himself to God.”  We must repent of these things and ask for God’s forgiveness.

Deuteronomy 10:17 -For the Lord your God is God of gods, and Lord of lords, a great God, a mighty, and a terrible, which regardeth not persons, nor taketh reward:

Genesis 2:4 -These are the generations of the heavens and of the earth when they were created, in the day that the Lord God made the earth and the heavens,

Revelations 17:14 -These shall make war with the Lamb, and the Lamb shall overcome them: for he is Lord of lords, and King of kings: and they that are with him are called, and chosen, and faithful.

Leviticus 19:4 -Turn ye not unto idols, nor make to yourselves molten gods: I am the Lord your God.

2 Kings 17:12 -For they served idols, whereof the Lord had said unto them, Ye shall not do this thing.

Nehemiah 9:16-18 -But they and our fathers dealt proudly, and hardened their necks, and hearkened not to thy commandments, And refused to obey, neither were mindful of thy wonders that thou didst among them; but hardened their necks, and in their rebellion appointed a captain to return to their bondage: but thou art a God ready to pardon, gracious and merciful, slow to anger, and of great kindness, and forsookest them not. Yea, when they had made them a molten calf, and said, This is thy God that brought thee up out of Egypt, and had wrought great provocations;

Revelations: 16:10,11 – And the fifth angel poured out his vial upon the seat of the beast; and his kingdom was full of darkness; and they gnawed their tongues for pain, And blasphemed the God of heaven because of their pains and their sores, and repented not of their deeds.

Ecclesiastes 12:13 -Let us hear the conclusion of the whole matter: Fear God, and keep his commandments: for this is the whole duty of man.

1 Kings 18:22-27 -Then said Elijah unto the people, I, even I only, remain a prophet of the Lord; but Baal’s prophets are four hundred and fifty men. Let them therefore give us two bullocks; and let them choose one bullock for themselves, and cut it in pieces, and lay it on wood, and put no fire under: and I will dress the other bullock, and lay it on wood, and put no fire under: And call ye on the name of your gods, and I will call on the name of the Lord: and the God that answereth by fire, let him be God. And all the people answered and said, It is well spoken. And Elijah said unto the prophets of Baal, Choose you one bullock for yourselves, and dress it first; for ye are many; and call on the name of your gods, but put no fire under. And they took the bullock which was given them, and they dressed it, and called on the name of Baal from morning even until noon, saying, O Baal, hear us. But there was no voice, nor any that answered. And they leaped upon the altar which was made. And it came to pass at noon, that Elijah mocked them, and said, Cry aloud: for he is a god; either he is talking, or he is pursuing, or he is in a journey, or peradventure he sleepeth, and must be awaked.

I am a born again believer who has taught Sunday School, Women's Meetings and written blogs and books for the purpose of the ministry. My sole purpose is to spread the gospel of Jesus Christ. I believe Jesus, the son of God, died on a cross for the sins of the whole world. I believe he arose after three days and now sits on the right side of God in Heaven. I believe Jesus Christ is the only way of salvation. Without Jesus, there is no remissions of sins:
View all posts by Tracy K →
This entry was posted in Uncategorized and tagged devotion, false god, God, idol, image, loyalty, money, mythology, serve, worship. Bookmark the permalink.