Jesus died for the Jews and Gentiles 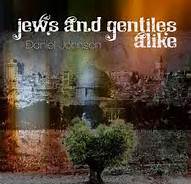 Jesus was born in Bethlehem, a city known as the birthplace of Jesus and King David.  It is a predominately Christian Palestinian city just south of Jerusalem. Therefore he was not a White man, African, Indian, German, Spanish man. He came from Israel which means he was of that descent. So I ask you the question, Are you prejudice? Do you think your nationality or race is better than someone else. Have you found yourself talking badly about another race.

There are so many different nationalities in the world but Jesus died for all. If you think you are better than someone else, then you might want to consider that Jesus was born a different race than you. Do you find yourself looking at someone’s skin color? If you have received salvation then we are all of Christ. If you cannot accept someone for their race, then you might be held accountable by God. This is not something to look at lightly. Jesus loved all and showed compassion for all the people, even when others looked down on him. Look at the Samaritan woman. She asked, “How is it that thou, being a Jew, askest drink of me, which am a woman of Samaria? for the Jews have no dealings with the Samaritans (John 4:9). He didn’t care about her race but her soul. Jews looked down on people who weren’t of their race and they called them Gentiles. They considered them unclean people.

Prejudices are a form of pride. God hates pride and he says it is from the devil. 1 John 2:16 says, “For all that is in the world, the lust of the flesh, and the lust of the eyes, and the pride of life, is not of the Father, but is of the world.”

Acts 20: 21 Testifying both to the Jews, and also to the Greeks, repentance toward God, and faith toward our Lord Jesus Christ.

Luke 2:4-7 And Joseph also went up from Galilee, out of the city of Nazareth, into Judaea, unto the city of David, which is called Bethlehem; (because he was of the house and lineage of David:) To be taxed with Mary his espoused wife, being great with child. And so it was, that, while they were there, the days were accomplished that she should be delivered. And she brought forth her firstborn son, and wrapped him in swaddling clothes, and laid him in a manger; because there was no room for them in the inn.

Romans 12:3 For I say, through the grace given unto me, to every man that is among you, not to think of himself more highly than he ought to think; but to think soberly, according as God hath dealt to every man the measure of faith.

Isaiah 62:2 And the Gentiles shall see thy righteousness, and all kings thy glory: and thou shalt be called by a new name, which the mouth of the Lord shall name.

Acts 11:1-3 And the apostles and brethren that were in Judaea heard that the Gentiles had also received the word of God. And when Peter was come up to Jerusalem, they that were of the circumcision contended with him, Saying, Thou wentest in to men uncircumcised, and didst eat with them.

Acts 15:7 And when there had been much disputing, Peter rose up, and said unto them, Men and brethren, ye know how that a good while ago God made choice among us, that the Gentiles by my mouth should hear the word of the gospel, and believe.

Acts 26:20 But shewed first unto them of Damascus, and at Jerusalem, and throughout all the coasts of Judaea, and then to the Gentiles, that they should repent and turn to God, and do works meet for repentance.

Psalm 10:2 The wicked in his pride doth persecute the poor: let them be taken in the devices that they have imagined.

I am a born again believer who has taught Sunday School, Women's Meetings and written blogs and books for the purpose of the ministry. My sole purpose is to spread the gospel of Jesus Christ. I believe Jesus, the son of God, died on a cross for the sins of the whole world. I believe he arose after three days and now sits on the right side of God in Heaven. I believe Jesus Christ is the only way of salvation. Without Jesus, there is no remissions of sins:
View all posts by Tracy K →
This entry was posted in Uncategorized and tagged Christ, gentiles, israel, Jesus, jews, nationality, prejudice, pride, race. Bookmark the permalink.

4 Responses to Jesus died for the Jews and Gentiles